Stickmann is a copy of SMM (Or inspired by it). You can basically make levels and play the said levels.  After you make the levels, you can save them by pressing "C". After that, a million letter long text will be copied to your clipboard(CTRL + V). You can then save that text in a text file, when you want to play that level again(or you want your friend to play it) you can copy the text again and paste it in the load level screen.

Keep in mind there are no levels already made by me, so if you only want to play the game, then you may be disappointed. Though there is an example level that can be downloaded, but just one.

Link to the gamejolt page: https://gamejolt.com/games/snockmanswatchingu/386704

How 2 play button in the game is broken, so here is HOW to play:

Q to switch between making and playing.

A / S to scroll between things to place.

Hold A/S to scroll the hotbar.

Up arrow to climp up ladders.

Down arrow to crouch/go down is swimming mode.

If you hold X and crouch at the same time, when you release down arrow you will do a high jump.

You can triple jump(You need to jump 5 times, so quad jump?) by not letting go of left/right arrow keys while moving and your fifth jump will be a 7 block jump.

Leaving your level's code in the comments for people to play will be appreciated!

Here is in-depth guide to downloading this.

Step 1 : Click on the "Stickmann.exe" (May require double-clicks on some computers!)

One of best SMM copy out there

Best thing ever known to man 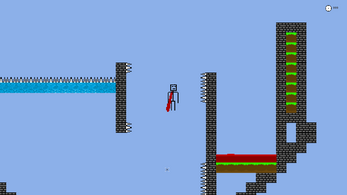 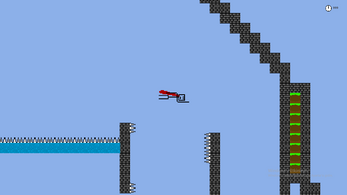 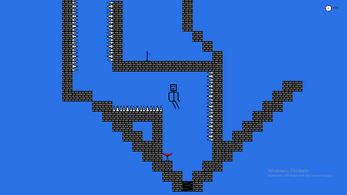